3/5/2016 Donation of a biography about George Bertolt Samuelson

The archive has received a generous donation in the form of a book that documents in detail the life and work of George Berthold Samuelson. Samuelson was one of the pioneers of the early British cinema, producing dozens of films between 1910s-1930s. The book was written by Samuelson’s son, David W. Samuelson and was donated by Gabriel A. Sivan, Head of the executive of the Jewish Historical Society of England’s Israel branch.

In a ceremony for the donation of the book, Mr. Sivan gave a fascinating lecture on Samuelson and his relation to his family’s Jewish heritage. The lecture was based in Mr. Sivan’s extensive research on the subject of Samuelson and his work. The research was published as an article titled “George Berthold Samuelson (1889-1947): Britain's Jewish film” which was pulished in the Jewish Historical Studies journal, volume 44, 2012. 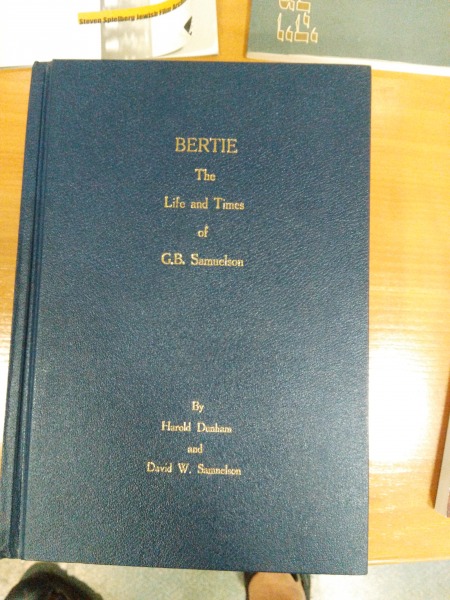 5/1/2016 Publication of a new collection of articles

The Steven Spielberg Jewish Film Archive is delighted to announce the publication of the book "In between Heaven and Earth". The book is a collection of six papers (five in Hebrew and one in English) made within the Archive, mostly by students who received grants from the Fritz-Werner and Ursula-Johanna Blumenthal Foundation. It contains a variety of subjects related to the films of the Archive's collection, such as the  ideological aspects behind their narratives, historic contexts in which they were created, technical methods of production  and interesting questions arising from them.

A must to all those who love Israeli and Jewish history (and cinema) of the 20th Century. 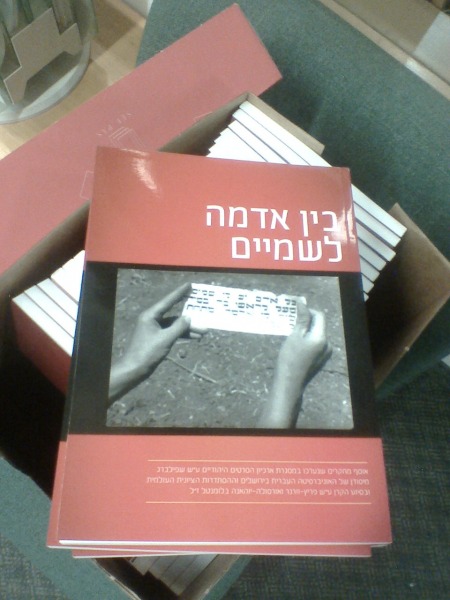